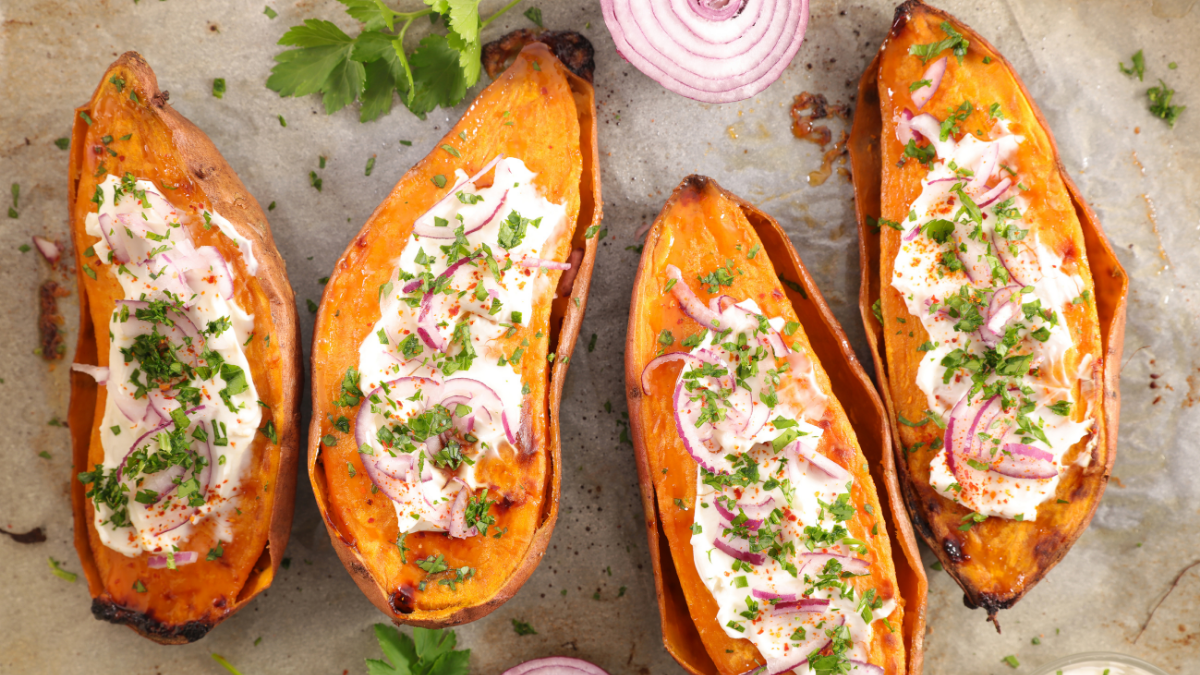 Don’t you hate when you go out to eat at a restaurant and the establishment hasn’t cottoned on to the fact that many people are making an effort to eat more plant-based meals, participating in “meatless Mondays”, and being more eco-conscious – and the only option this restaurant has on its extensive menu that’s suitable for vegans is a jacket potato and beans? No vegan butter and nothing else that would constitute as vegan friendly. How many bowls of chips and dry jacket potatoes have you munched through all in an effort to enjoy time with friends? While we cannot solve that menu problem just yet, we can suggest some super-easy super-tasty vegan jacket potato fillings that will make you feel like those dry restaurant jackets are a thing of distant memories (distant-semi-nightmares). 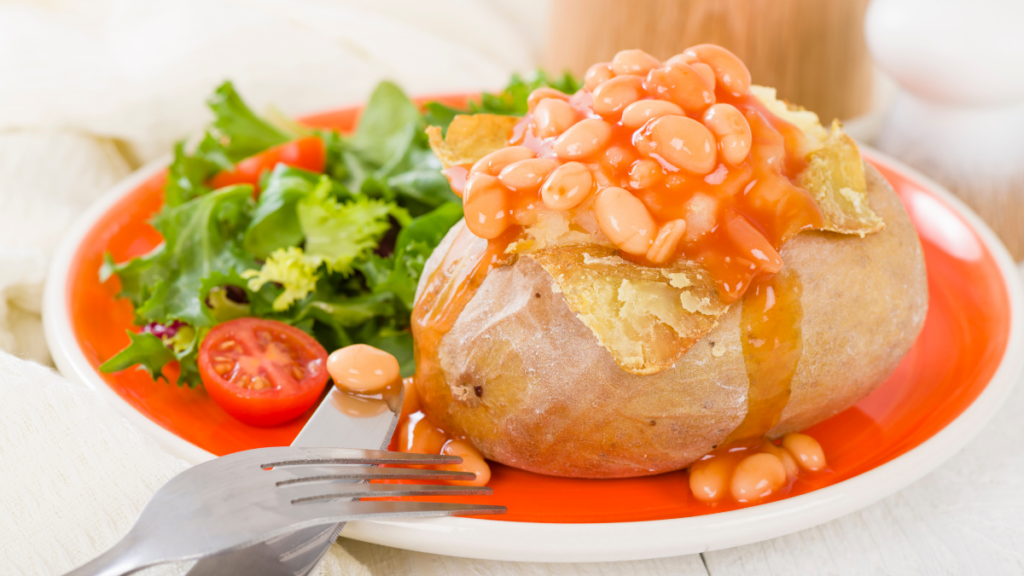 These not-in-the-least-bit boring jacket potato fillings can be paired with our recent summer salad recipe or enjoyed on their own. So, before you hit the town for cocktails with your friends, make sure to fill up on a tasty and healthy meal so you won’t be disappointed at the brunch or snack options on your venture out your front door! 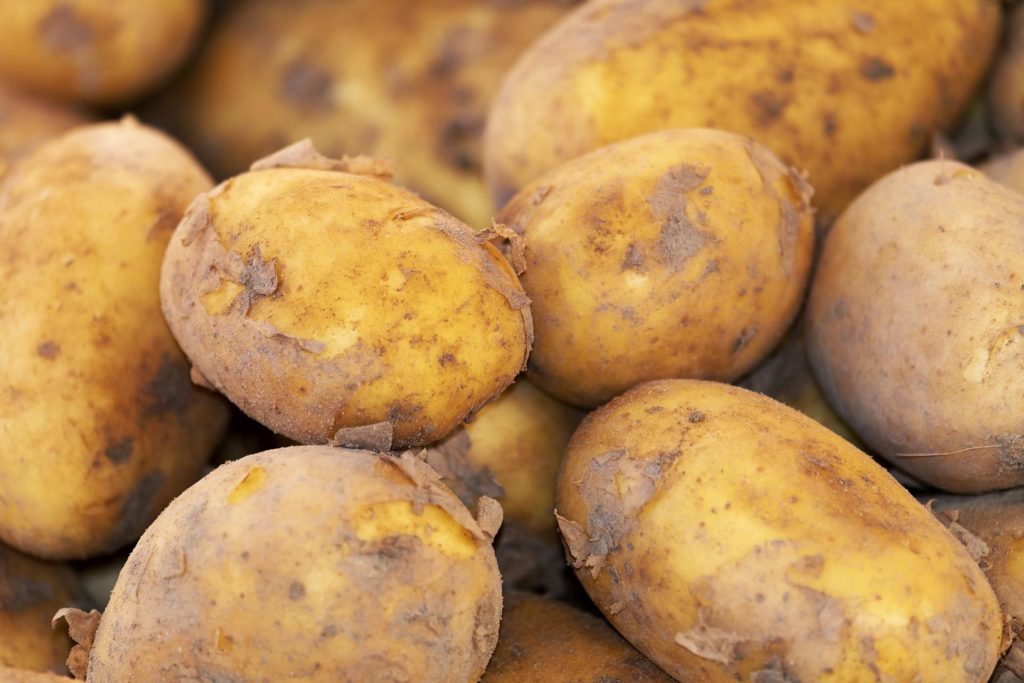 Why potatoes shouldn’t be vilified

The humble potato has been vilified over time as the less healthy alternative to the sweet potato or other root veg. But is a good old white potato really that bad for you?

Potatoes are part of the nightshade family (think tomatoes, aubergine, peppers, etc and even tobacco). Nightshades contain small amounts of alkaloids, which are nitrogen molecules that impact the human body (other examples of medicinal alkaloids include morphine and quinine) and antioxidants. 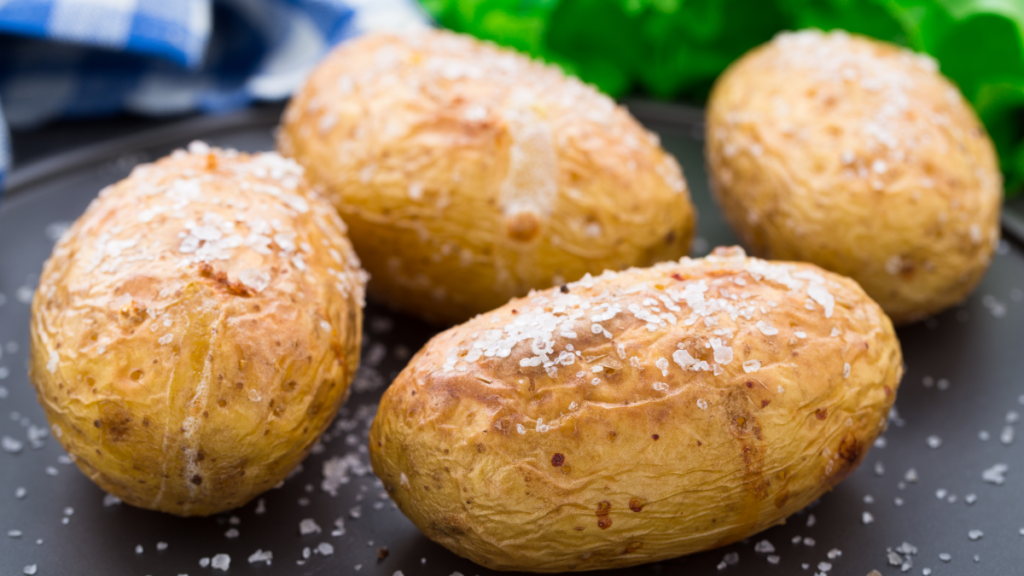 The micronutrients and vitamins in a white potato

When eaten with the skin, the common garden potato is vitamin and mineral-rich. Plus, they’re high in water content and the fibre helps with digestion.

Baking or boiling potatoes with the skin on can reduce any vitamin and mineral loss impacted during the cooking process. 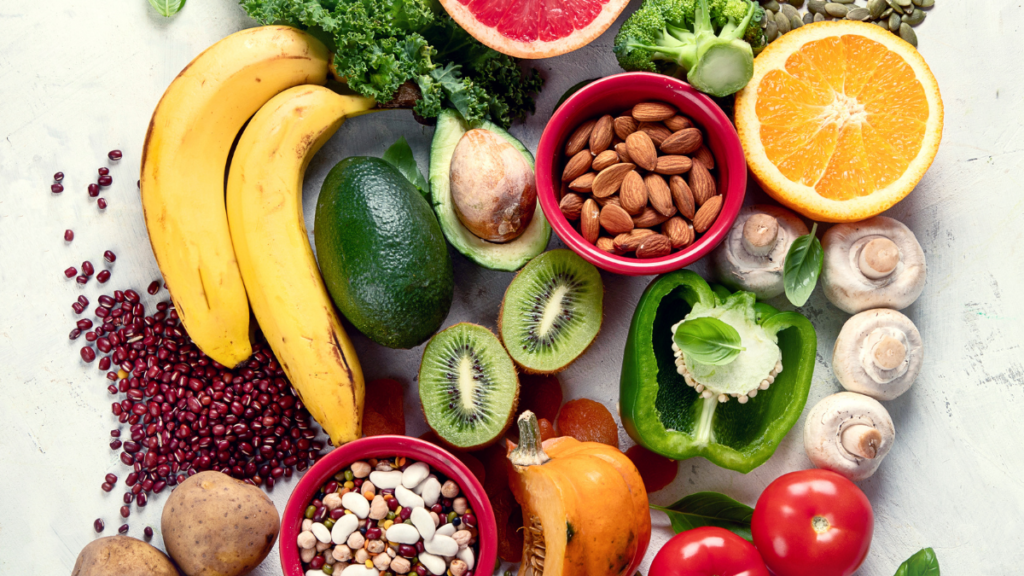 In addition to all of the nutrients mentioned above, one medium-sized jacket potato contains about

If you want to swap your white potato for a sweet potato, you’ll add a few more calories but all of your Vitamin A needs for the day.

As you can see, sweet potatoes aren’t much healthier than white potatoes containing both more calories and carbohydrates; however, they do contain more vitamin A and manganese. 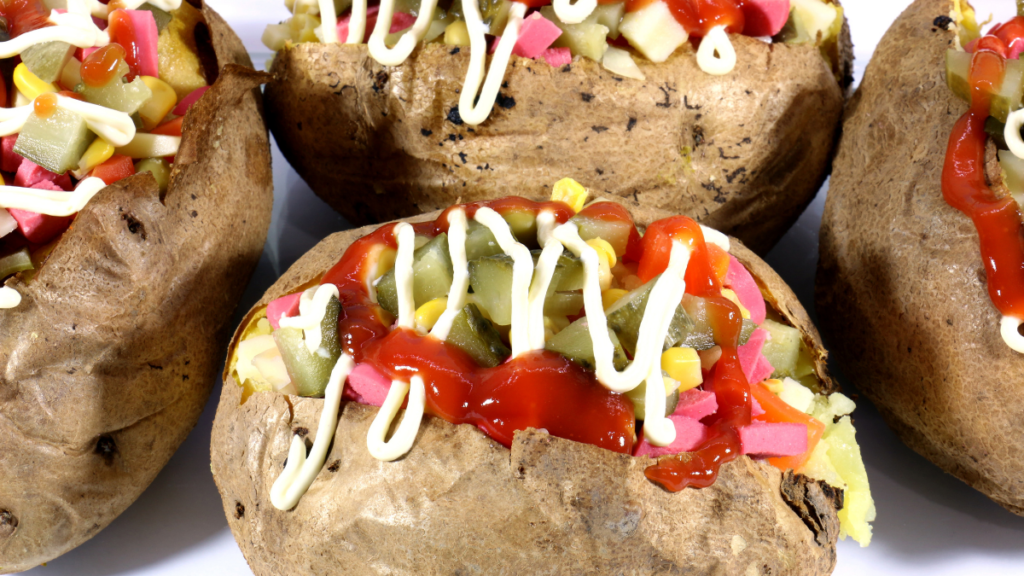 Without further ado, now that you know that white potatoes are both healthy and amazing for your body, here are our top choices for jacket potato fillings.

Of course, with jacket potatoes, you can go as simple or as easy as you like. You can top it simply with vegan butter and cheese, hummus, garlic mushrooms, vegan curry, vegan chilli, pasta sauce with tofu, and even the “usual” baked beans. 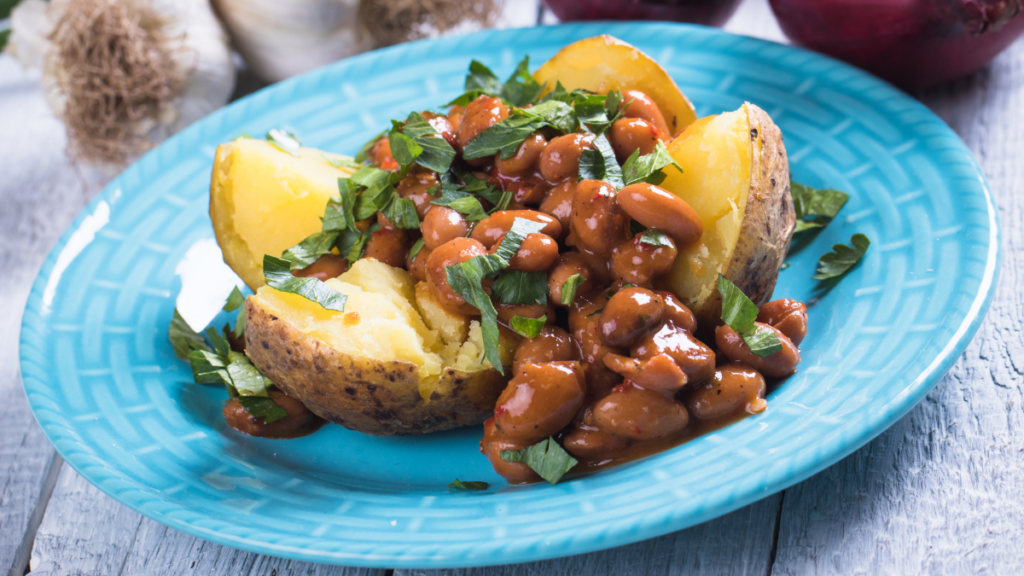 WARM UP WITH OUR VEGAN SOUP RECIPES, PLUS TRENDING VEGAN INFLUENCERS

#7 RECIPES TO LIVEN UP GIN O’CLOCK THIS CHRISTMAS 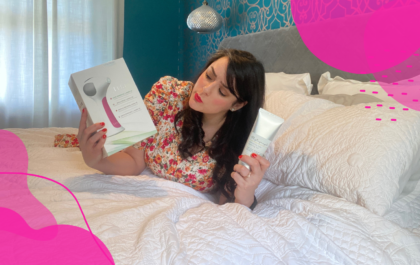 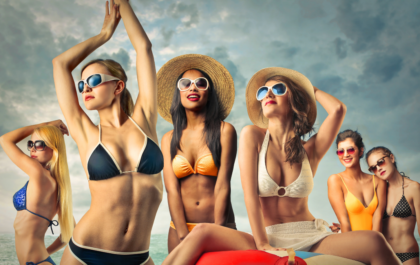