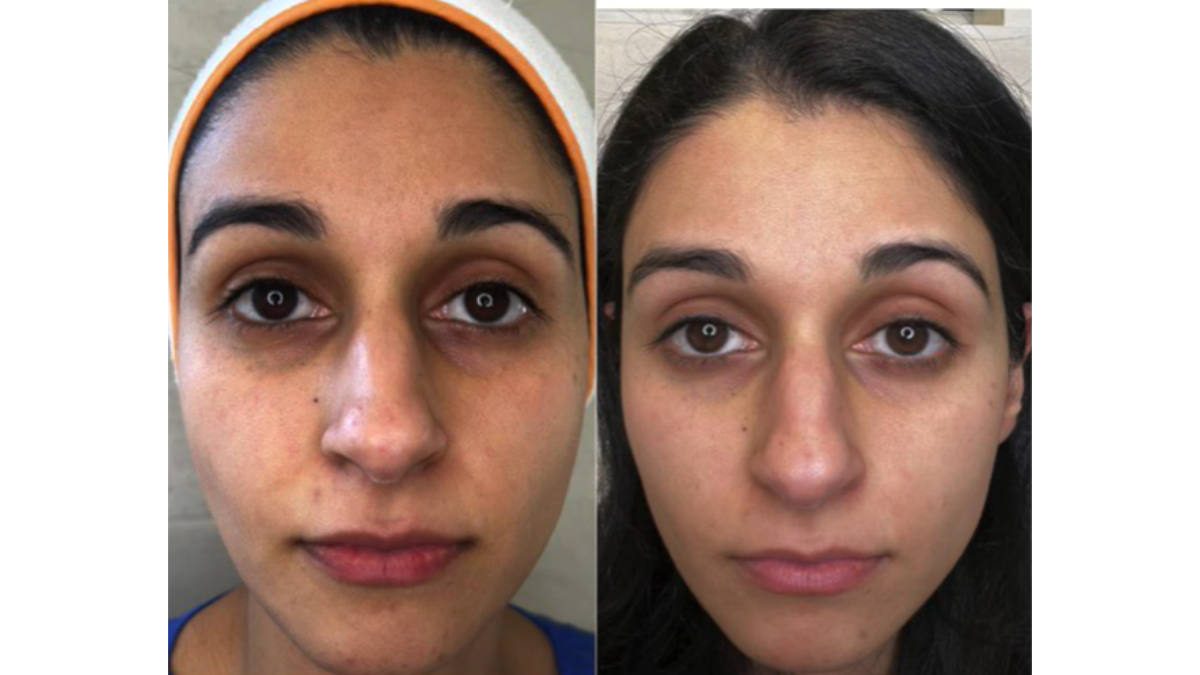 You may think that you’re only in your 20s to 40s and you have been lucky enough not to have any fine lines and wrinkles just yet, so why do you even need an age-defying product? Is it worth the investment and what else does it do? You may not be lathering up on the anti-ageing moisturisers just yet or the retinol products or going more extreme with botox and fillers and the like, but that doesn’t mean you cannot benefit from a little laser help. A YouTuber and NHS doctor, Dr Komal, reviewed our Tria Age-Defying Laser in multiple non-sponsored videos – and we are lucky that we stumbled across her honest review. Let’s explore Tria’s Age-Defying Laser uses for people without wrinkles just yet! 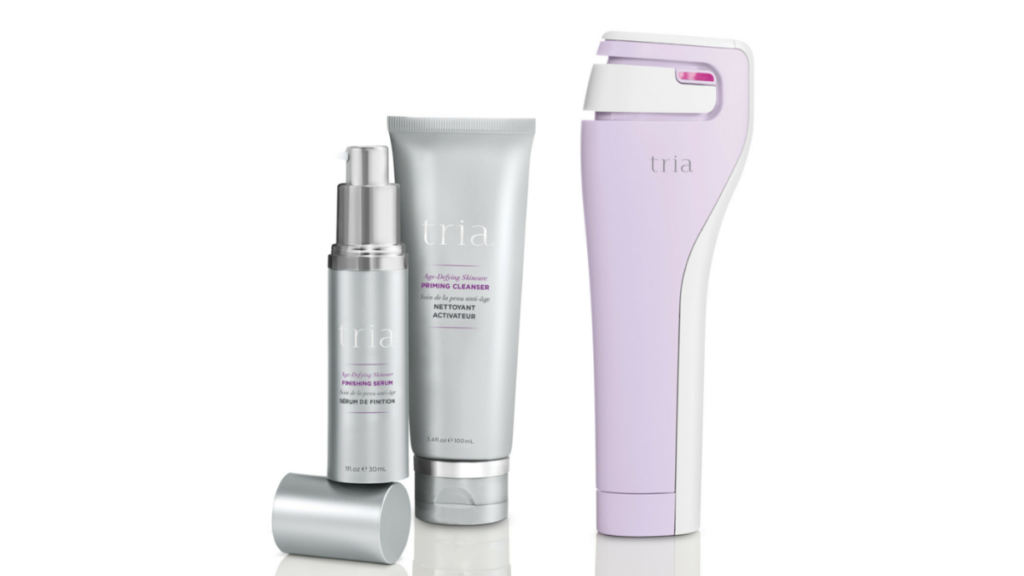 What are fractional non-ablative laser treatments?

Fractional lasers put heat through the skin in thousands of tiny, yet deep columns called microthermal treatment zones. What this does is eliminate old epidermal pigmented cells and it stimulates the skin’s natural healing processes and collagen production. You’re left with younger-looking skin, which even for someone without wrinkles can mean a transformation.

Fractional non-ablative laser treatments are expensive in UK salons, with resurfacing treatments ranging from £900 to £1,200 per treatment. And many salons recommend a series of six or more sessions. The only clinically proven and safe at-home fractional non-ablative laser on the market is Tria’s Age-Defying Laser, which is currently on sale for £299 (usually £450). As you can see, this treatment is significantly cheaper than a single salon treatment – and that’s the cost of the entire course of treatments to have as many as you want. Tria’s laser should last years as long as it is regularly recharged as this will keep its inbuilt battery in top condition. All you need to do is make it happen. 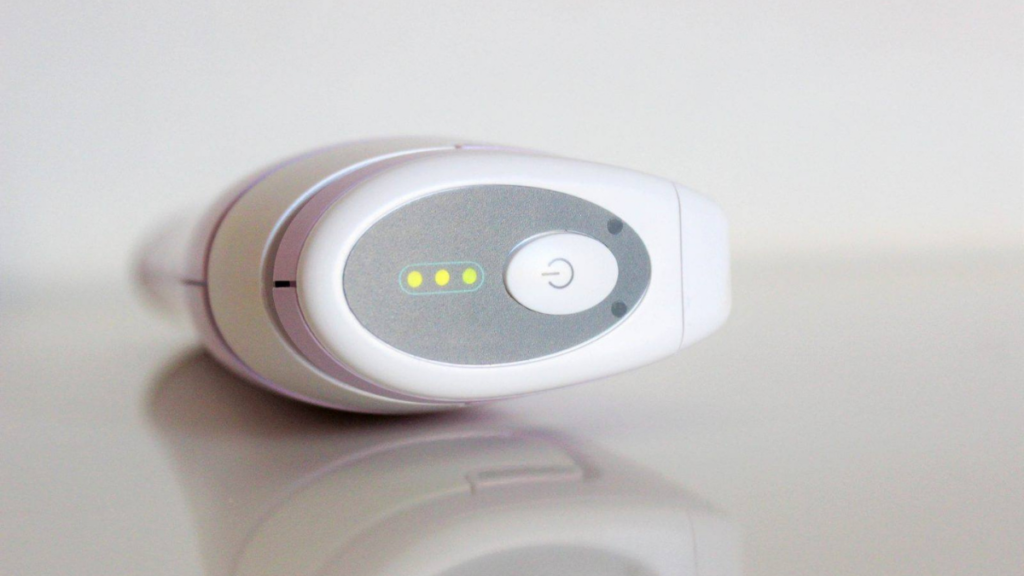 What does Tria’s Age-Defying Laser do exactly?

Tria’s Age-Defying laser, just like the salon version of a fractional non-ablative laser, promotes your body’s natural collagen and elastin renewal process, triggering a repair that reduces key signs of ageing on the entire face. As we age, collagen and elastin break down in the skin which leads to oxidation and ageing so this laser is a way to ignite the skin’s renewal processes that diminish as we age. You’ll see results in as few as two weeks, results that you simply cannot get with creams and serums and Tria back up this claim with its clinical trials, as 92% of users reported fast results within a matter of weeks. Plus these professional salon treatments will cost hundreds of pounds and take up your precious time off work (that is when you can secure convenient appointments). 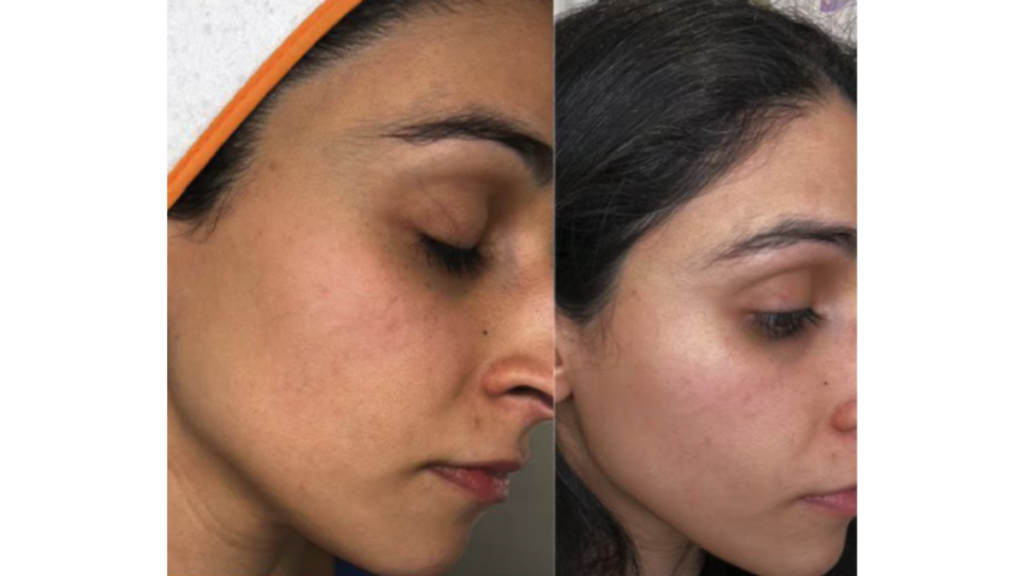 What does Dr Komal have to say?

Dr Komal, a hardworking NHS doctor, found Tria’s Age-Defying laser on her own as her channel is dedicated to honest reviews of skincare technology. She prides herself on unsponsored reviews to give her viewers genuine feedback on what works and what doesn’t on the market.

On her channel, she explains that she’s a doctor but loves beauty tech, which can be expensive so she likes to consider all beauty tech thoroughly and weigh up the pros and cons before purchasing. Is it worth it? Does it work? Will I use it? How much does it cost? She notes that she thinks that carefully purchased products can bring joy but she’s usually not materialistic. Check out her channel’s ethos here.

Dr Komal breaks down dermatological jargon and analyses the effectiveness of home laser devices on her own skin. She has reviewed a newcomer first, The Lyma Laser, and has now moved onto trying out our Age-Defying Laser, which is FDA-cleared and was launched back in 2012. 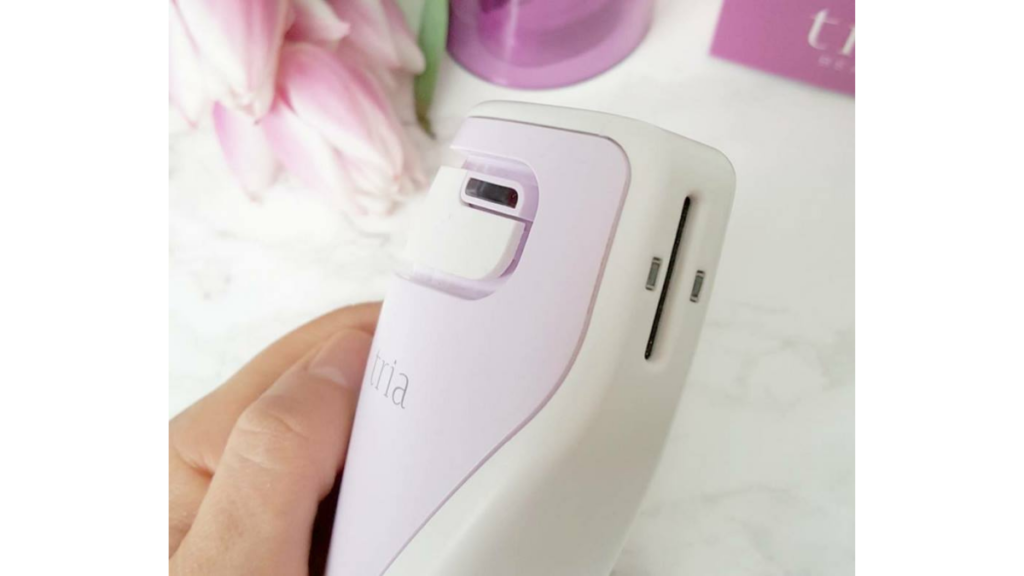 Take a look at her unboxing video. She explains the parts of the laser, the charging cradle, and the different cables available such as the UK and European plugs.

Dr Komal used the Tria laser before a shift with patients instead of before bed for the first time since she had to fit her treatment in around her important job. Her first time using the laser was slightly uncomfortable but not painful (one to two on the pain scale out of ten). She said it startled her when she used it the first time but she got used to the feeling after that. She said it felt like tiny needles and it takes only a few minutes to do. She also used Tria’s finishing serum after her first-time use.

Take a look at her first experience.

Dr Komal says that it’s taken two weeks to see a change in her skin, as advised by Tria’s experts. She notes that she’s experienced a more even skin tone and a slight lightening of her acne pigmentation.

Again, she says the laser does what it says it’s meant to do and you’re supposed to use the laser for eight weeks and then have a four-week break before beginning the cycle again (a twelve-week cycle in total) over the four zones of your face. 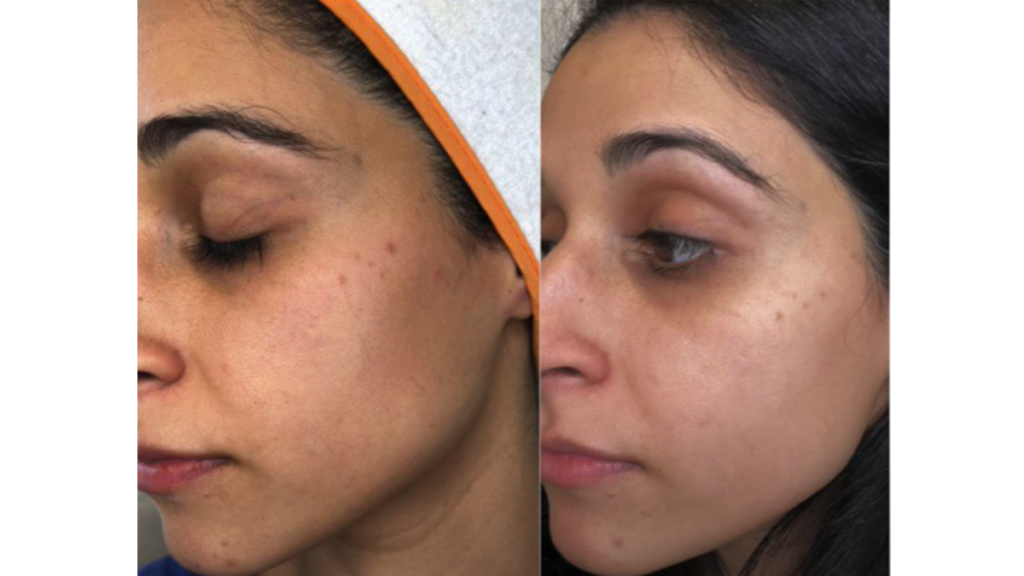 Check out Dr Komal’s video about how the laser works and her two-week experience. She explains that a non-ablative laser is a gentler way of creating controlled damage to the skin for it to heal, so you don’t have to hide your face away after use. She notes that she’s pleasantly surprised at how well Tria’s laser works considering the competitive and affordable price point.

Dr Komal wanted to look for a more affordable product than the Lyma laser so that more people have access to high-tech beauty tools.

In her video, she explains she’s been using the lowest setting and now she’s ramped up to the medium level of the laser (of the three levels available). She notes that the strength of the laser increases at each level as does the time of use. She says she enjoys the use of the laser even though there is a little discomfort when using it. She likens the discomfort to having knots worked out when having a massage.

She says that she has had microscopic epidermal necrotic debris (MENDS) on the skin where her skin has felt a little like sandpaper where the skin is lasered in deep layers and the dead skin cells move up to the surface as the skin heals and the collagen and elastin repair the damage. 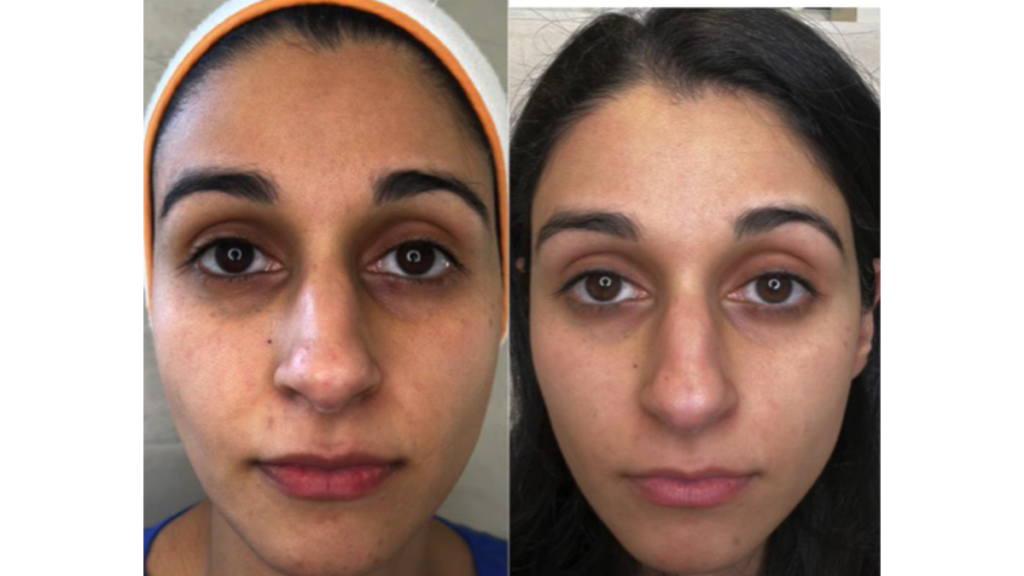 She notes that her acne scars have lightened: “It works quickly on…acne scars, quicker than I expected, quicker than…the Lyma laser.” She admits that she was supposed to use the Lyma laser for three months but she didn’t use it the entire time but that Tria’s Age-Defying Laser has had visible results after only one month.

She said she isn’t using the laser for wrinkles as she doesn’t yet have wrinkles but she’s happy that her dark patches are “the lightest that they have been.” She cautions that if you have a big event coming up, then avoid using the laser close to the event (make sure you allow plenty of time for healing) and/or wear a heavy foundation so that any minor damage will have healed.

We are delighted to have such a glowing endorsement from a UK-based doctor with experience in treating patients with various skin concerns. We cannot wait to see more of Dr Komal’s journey.

Take a look at her one-month journey video.

Dr Komal’s journey so far backs up what we have always known about our laser, that this little at-home device that’s easy to use can reduce the signs of facial ageing, reduce acne scarring, and lighten dark patches. It can heal broken capillaries (spider veins), fade sun spots, reduce redness, brighten skin, stimulate collagen and elastin production to reduce fine lines and wrinkles, and leave skin feeling smoother. There’s also no downtime as the laser is gentle besides the small visible damage that may occur (promoting natural healing), as described in the literature, when using the laser on higher settings. But, as Dr Komal explains, you can cover any of this slight damage with makeup application.

Let’s keep tuned for Dr Komal’s journey on the full cycle of use and let us know on social media what your experience with the laser has been.

#5 EXERCISE APPS TO HELP YOU ACHIEVE YOUR GOALS!

THESE THINGS KEEP ME AWAKE AT NIGHT: MY BEAUTIFUL LADIES

GUEST BLOG: WHY I WANTED TO GO HAIR-FREE AND MY EXPERIENCE WITH THE TRIA HAIR REMOVAL LASER 4X 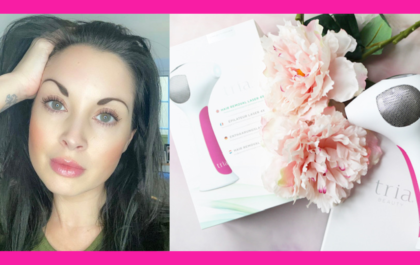 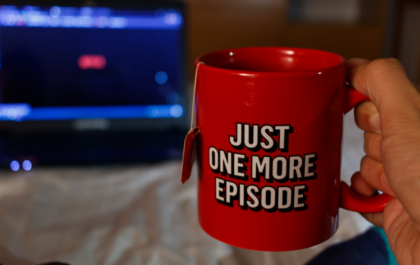